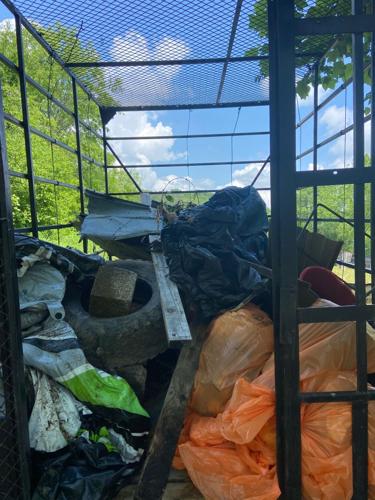 Just some of the 7,660 pounds of trash collected from the Upper French Broad River on May 21. (Courtesy photos) 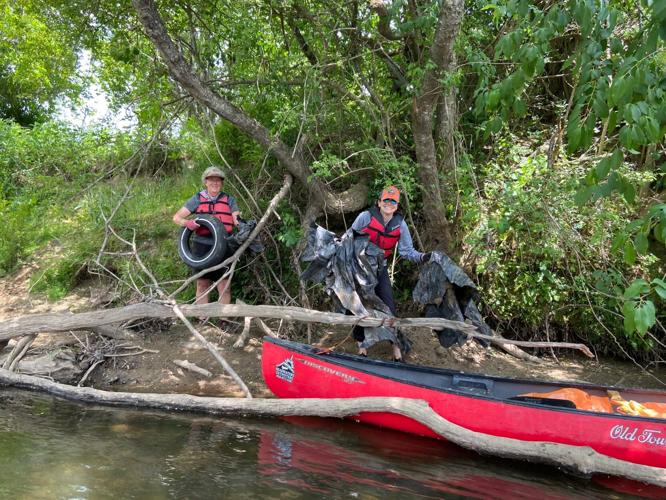 Volunteers pull trash from the Upper French Broad River as part of the annual community event. 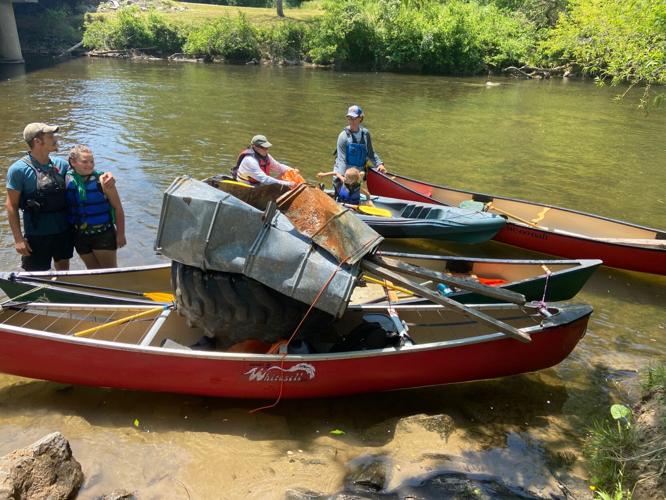 These canoes were flooded with debris pulled from the Upper French Broad River.

Just some of the 7,660 pounds of trash collected from the Upper French Broad River on May 21. (Courtesy photos)

Volunteers pull trash from the Upper French Broad River as part of the annual community event.

These canoes were flooded with debris pulled from the Upper French Broad River.

While it’s been said it takes a village to raise a child, that same saying goes for keeping a river clean.

Now in its 30th year, the Upper French Broad River Clean-up is an annual community event hosted by Headwaters Outfitters.

Although Headwaters started the event during its first year in business in 1992, the cleanup is clearly owned by those who dedicate themselves each year to the daunting task of cleaning up the river.

If a time-lapse video could be viewed of before the 30 years to the present, one would truly recognize the benefits of the volunteer’s efforts.

While floods are still the worse nemesis to adding trash to the river, the overall appearance from 30 years till today is a thing of beauty.

This year’s clean-up on May 21 was dedicated to Stella Trapp.

While those who used the river knew the dire concerns of its once littered waters, it was Stella and The Transylvania Times that made it a front and center story.

She embraced the efforts of the first clean-ups by often giving front and multiple page exposure to the cause.

Bringing this story to citizens of Transylvania County in return grew the volunteer and sponsorship base we have today and created more public awareness about the effects of littering our waterways for which we see much better attitudes today about disposing litter properly.

She also was a financial sponsor to the clean-up for which the family continues today.

Stella’s son, Sean, attended the dedication ceremony now in its third year recognizing those who laid the groundwork for this successful annual event.

The May 21 clean-up day couldn’t have been more perfect. Warm temperatures with lower-than-average water levels created the perfect conditions to get to the trash.

Last year’s flooding had the third highest water levels since records were kept in the early 1900s.

A large amount of new trash from areas swept clean in the high water and historic trash uncovered by the scouring flood was present.

While these do feel like setbacks, the hard-working 61 volunteers brought 7,660 pounds of trash from a nine-mile section of river.

The visual difference after the day’s effort was like Tropical Storm Fred had never happened.

I am truly amazed each year by the dedication and hard work these volunteers provide.

It’s a dirty and heavy job and the effort that these folks make to get some of the large items from its location down the river to a dumpster site is an incredible sight.

Thank you sponsors for your ongoing support.

While this is a dirty job, river cleanup day is also a celebration day.

The bonding of community members before at breakfast and again at lunch sets the tone of a special day and event.

The team effort of making this all happen is celebrated with music and fellowship after the trash is loaded in the bins and boats are cleaned.

The youngest participant this year was 4 and the ages range from there well up into the 70s.

Folks coming out for their first time along with those who had been here for 30 cleanups included families and individuals from all walks of life doing their part in taking care of this great river.

Yes, it takes a village.

David Whitmire is co-owner of Headwaters Outfitters and is actively involved in local conservation efforts such as the French Broad River cleanup and wildlife rehabilitation programs. He is also chair of the Fish and Wildlife Conservation Council.