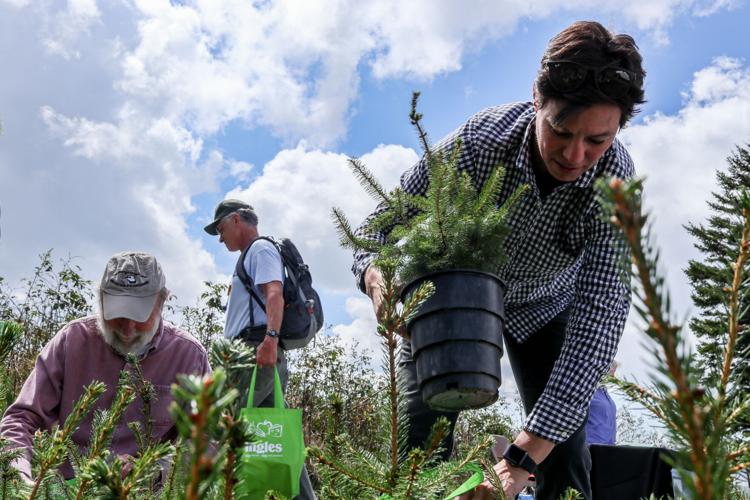 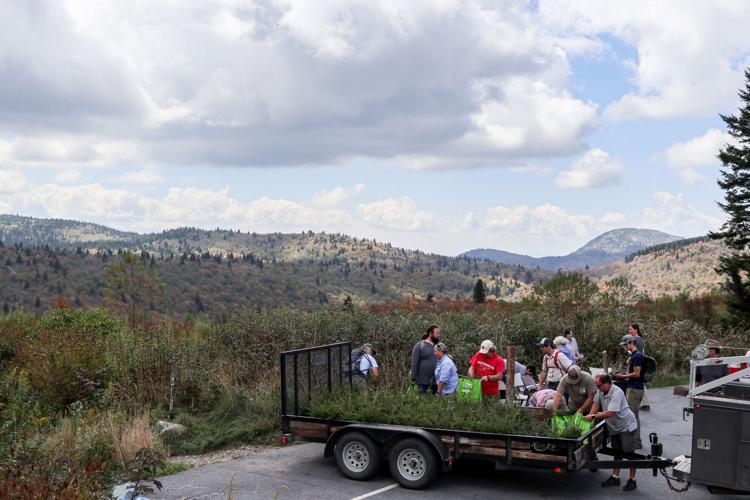 Red spruce trees are unloaded to haul into the Southern Appalachian backcountry.

Red spruce trees are unloaded to haul into the Southern Appalachian backcountry.

Southern Highlands Reserve (SHR) has been tapped by the federal government to take the lead in red spruce restoration for the Southern Appalachian mountain region.

The Lake Toxaway nonprofit will raise 50,000 new red spruce trees from seed to be planted on public lands in North Carolina, Virginia and Tennessee in efforts to replenish the second most endangered ecosystem in the United States.

In recognition of the organization’s role in restoration, SHR Executive Director Kelly Holdbrooks has been invited to Washington, D.C., to participate in the lighting of the Capitol Christmas tree, which this year is a red spruce from North Carolina.

SHR is a nationally recognized arboretum and research center dedicated to preserving the rare ecology of high-elevation forests.

“Our mission is to uphold and honor the spirit of the land,” said Holdbrooks. “Who knew 20 years ago when we started SHR and began propagating native species that our passion and drive to grow native plants would lead to a foundational role in the restoration of red spruce forests?”

SHR has a 90 percent success rate for planting of red spruce trees, and to date has grown more than 10,000 mature red spruce saplings from seed and planted more than 5,000 red spruce trees on public land with partners and volunteers. The high elevation spruce-fir forests of western North Carolina, Tennessee and southwest Virginia were decimated by logging and subsequent wildfires in the last century. Now they continue to struggle due to rising temperatures and drought. They are home to several endangered and threatened species of birds, insects and animals, including the Carolina northern flying squirrel.

To reach goals set with partners, including The Nature Conservancy, U.S. Forest Service and U.S. Fish & Wildlife, the Reserve will increase production from 10,000 to 50,000 trees and will launch a capital campaign — supported in part by the U.S. Forest Service — to build a new greenhouse.

“It will almost double the capacity our 20-year-old hoop houses currently offer,” Holdbrooks said. “It will also provide updated technology to better and more efficiently care for our young trees. Our goal is to raise $1 million, which will allow us to repopulate thousands of acres of public lands.”

Holdbrooks pointed out this type of restoration is a multi-generational effort.

“The Daughters of the American Revolution planted forests years ago in partnership with the U.S. Forest Service. We’re not the first and we’re not the last,” she said. “We started doing this because it’s the right thing to do for the benefit of every species. Our hope is that our children and grandchildren will be able to walk in high-elevation spruce forests.”