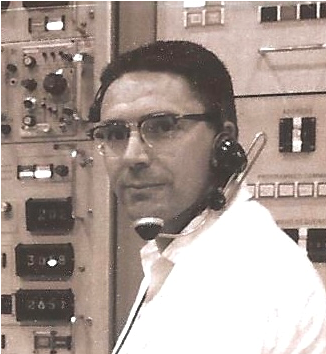 He grew up in Albany and Erie, Pa. and enjoyed spending summers in his youth with extended family in Albany and Saratoga Springs, N.Y. He became interested in the newly developing technologies of aviation and electronics at an early age, flying his self-built balsa wood and tissue paper model airplanes and also making homemade root beer in the family basement.

After graduating from Strong Vincent High School in Erie in 1947, he joined the U.S. Army Air Corps, which became the U.S. Air Force, serving in a number of capacities. He was a radar and navigation instructor at Scott AFB in St. Louis and later was sent to the South Pacific where he was assigned to support telecommunications and radio installations off the coast of Japan in the East China Sea.

While working in the Goto Islands between southern Japan and Okinawa, he met his future bride, Margaret (Satsuko), who also worked at the Air Force Base as a volunteer translator. After being discharged from the Air Force in 1955, he corresponded extensively with her and returned to the island to marry her in 1956. They initially settled in Erie, later moving to East St. Louis and Rome, N.Y., as he continued working for the Air Force as a civilian contractor with RCA Corporation.

During the 1960s, he was sent to Thule, Greenland and northern Alaska to help deploy radar systems and in 1966, he and his wife, Margaret, moved the family to Brevard, where he worked at the NASA Tracking Station in Rosman for several years. He was subsequently assigned by RCA to support the TIROS weather and communications satellites at the NASA Goddard Space Flight Center in Greenbelt, Md.

Following retirement in 1990, he enjoyed researching his family tree and being the family historian, keeping up with extended family in Germany and Japan. He dabbled extensively in PCs and computer technology, woodworking and numerous lawn and garden projects. He and his wife were both longtime parishioners of Sacred Heart Catholic Church in Brevard.

In addition to his wife of 66 years, he is survived by his sister, Alice (Jim) Pendleton, of Concord, N.C.; sons, Michael, of Simpsonville, S.C., Charles D. (Fumiko), of Hendersonville; and daughters, Susan Peatman, of Charlottesville, Va., Joanne (David) Hardison, of McLean, Va. and Donna (Tom), Newton, of Ponte Vedra Beach, Fla.; 10 grandchildren and two great-grandchildren; and a number of nieces and nephews.

Plans for a funeral mass will be announced in the future.

The family would like to express its gratitude to the wonderful staff at Transylvania Regional Hospital and CarePartners Hospice.