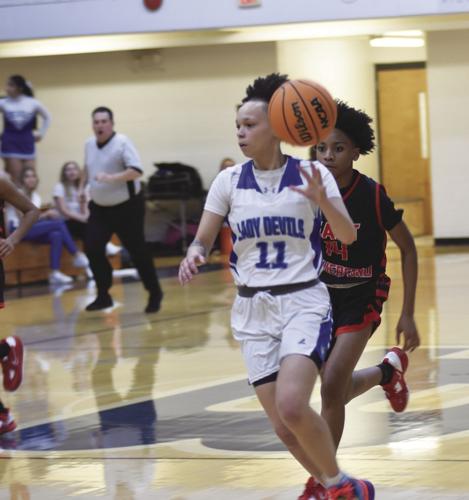 Amiyah Robinson tries to take the ball down court to score. 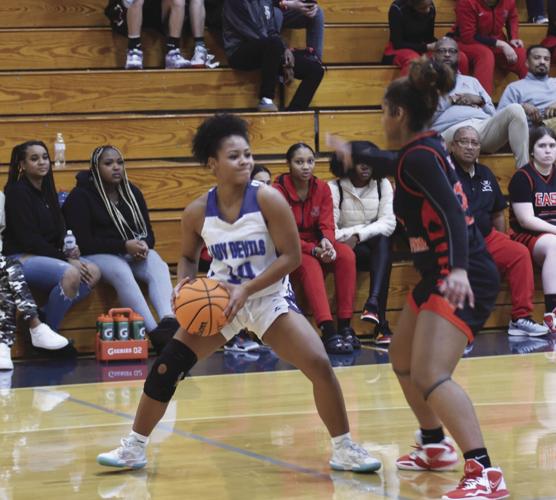 Abreanna Deshauteurs tries to look for an opening to pass. 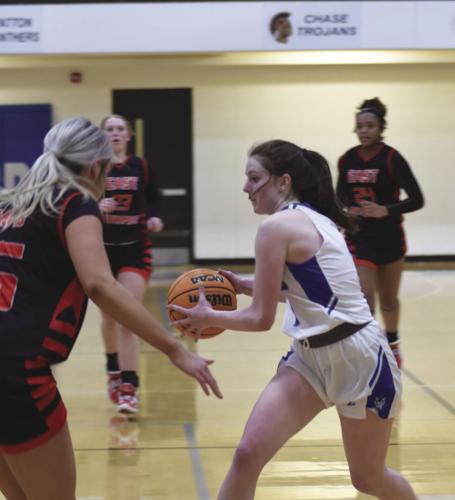 Amiyah Robinson tries to take the ball down court to score.

Abreanna Deshauteurs tries to look for an opening to pass.

The East Rutherford Cavaliers got the best of the hometown Lady Devils on Friday night as the latter lost to a final score of 70-57.

The Cavaliers came out of the gate swinging with a layup and a pair of three-point buckets for a near instant 8-0 lead. Abreanna Deshauteurs was the first to put points on the board for Brevard with a completed shot to put the score at 8-2. Shaniya Cook stepped in to complete three separate layups with, along with a three-point bucket from Elzabeth Chapman, nearly tied the game at 12-11. Momentum stayed on the Cavaliers’ side though as they finished the first period with a 21-16 lead.

The third period didn’t fare much better for Brevard as once again the Cavaliers immediately began scoring with two straight layups. Soon enough the home team was down 20 points at 46-26. A couple of completed layups from Amiyah Robinson and sporadic free throws from Elizabeth Chapman and Avery Leland was all she wrote as the third period ended pretty much how it began with a score of 55-36.

Lady Devil pride began to burst through in the fourth period as they scored more in said period than the rest of the game with 21 points overall, though it wasn’t enough to overcome the deficit that East Rutherford had already built. Amayiah Robinson and Abreanna Deshauteurs shined the most out of their teammates during this time. Robinson completed two separate three pointers along with several layups while Deshauteurs completed several open buckets. Ultimately Brevard fell 70-57 despite the admirable comeback attempt in the fourth period.

In spite of the loss, the Lady Devils performed admirably. Amiyah Robinson came in first for her team in points thanks to her relentless offense in the final period, ending the night with 18 points. Shaniya Cook came in second with 15 points, Abreanna Deshauteurs finished with nine points, Elizabeth Chapman with seven points, Avery Leland with six points and finally Addison Worley completed the final bucket for her team and finished with two points.

The Blue Devils now stand at five wins and 12 losses overall and a conference record of three wins and four losses. Their next home game will be tonight against the Highland Highlanders.