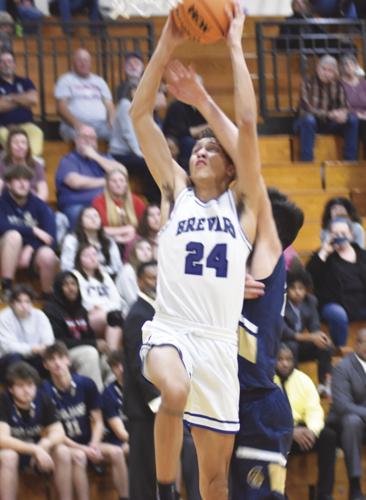 Jaylen Brown jumps up high for a slam dunk. 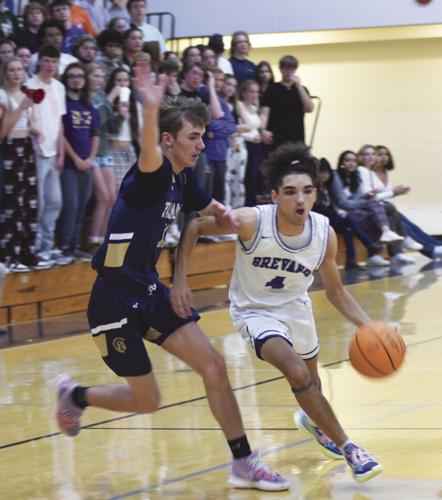 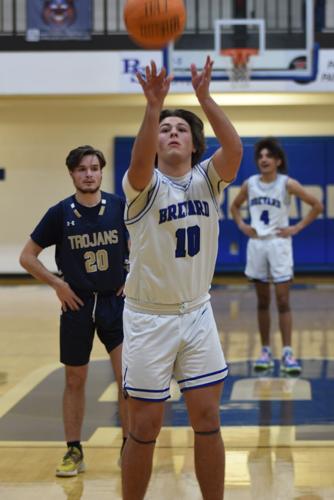 Jaylen Brown jumps up high for a slam dunk.

The Brevard High varsity boys’ basketball team had a great night on Friday as they defeated the visiting Chase Trojans with a final score of 80-56.

An opening combination of a bucket from Tre Crite and a three-pointer from Eli Griffin put the Blue Devils in a 5-0 lead. Baker Buchanan completed his own three-point shot which along with Eli Griffin and Jaylen Brown contributing made the score 11-2. The Trojans gathered up some momentum though which kept the Devils on their toes long enough to end the first period with a 20-12 lead.

Riley Anderson opened up the second period with a bucket to make the score 22-12 but Chase did their best to stay on their heels. Eli Griffin was the primary offensive player in this period with multiple layups and even a literal last-second completed three-point shot just before the buzzer sounded. By that point the Blue Devils were still in the lead at 38-26.

Not to be outdone, Jaylen Brown was riding high and completed multiple slam dunks in the third period to put his team over. That’s not to say Griffin or Crite slacked off as they also kept Brevard’s offensive momentum going with free throws and a near never-ending series of layups. The third period buzzer sounded with the Devils up 65-44.

Yet again Griffin racked up points to keep his team firmly in the lead and Jaylen Brown continued to dunk to keep the hometown crowd off their feet in celebration. The final bucket from Brevard came from one Jordyn Brown to put a cap on a very successful night. The Blue Devils won 80-56.

All the hard work from Eli Griffin paid off as he was the undisputed leader in points for the night with a total of 33 for the night. Tre Crite came in second place in that category with 20 points to his name. Jaylen Brown finished the night with 11 points, Riley Anderson with seven points, Baker Buchanan with six points and Lawson Powell and Jordyn Brown who both finished with two points each.

This win puts the Blue Devils at 10 wins and four losses in the regular season and a conference record of two wins and one loss. Their next game will be tonight at home against the Patton Panthers.