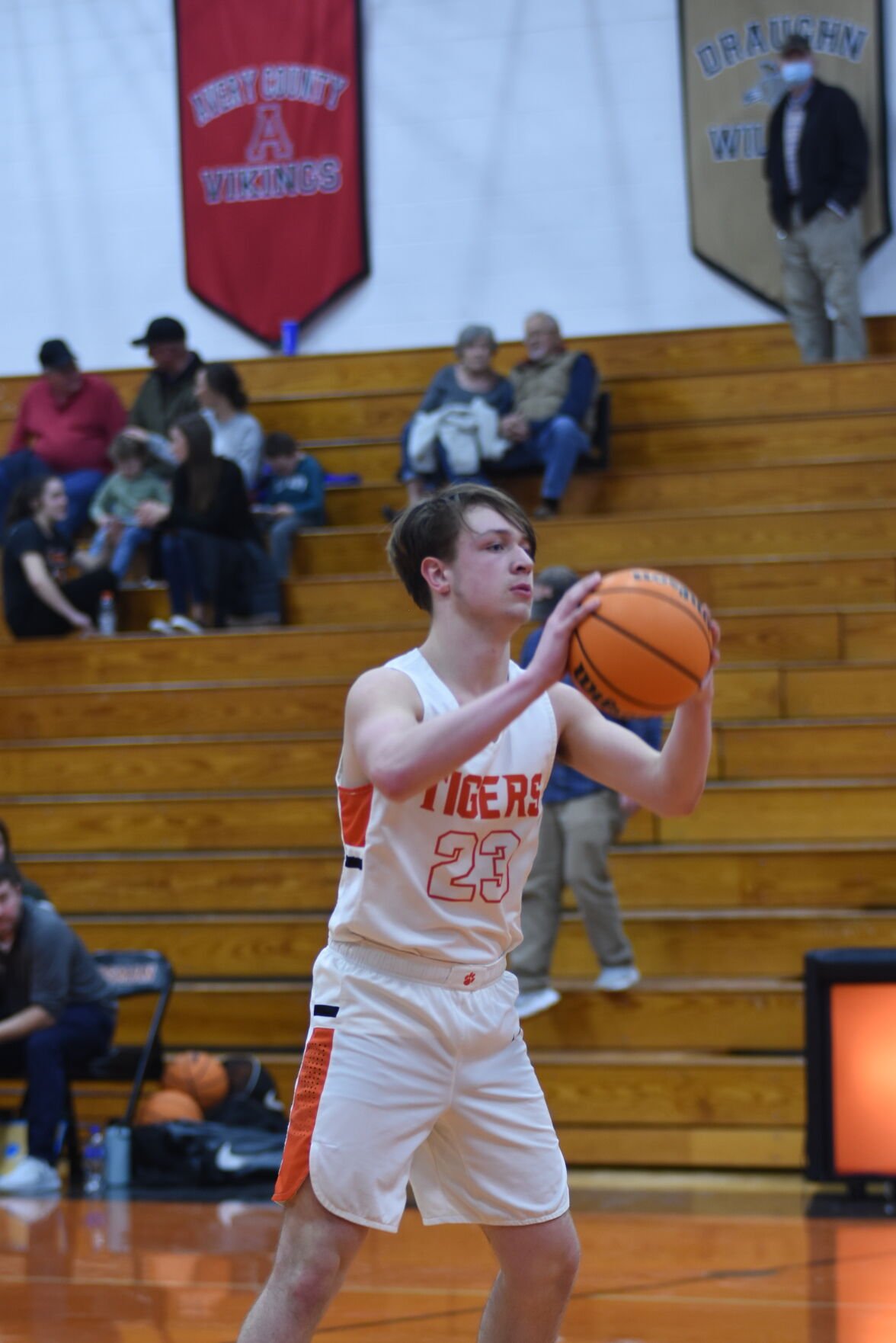 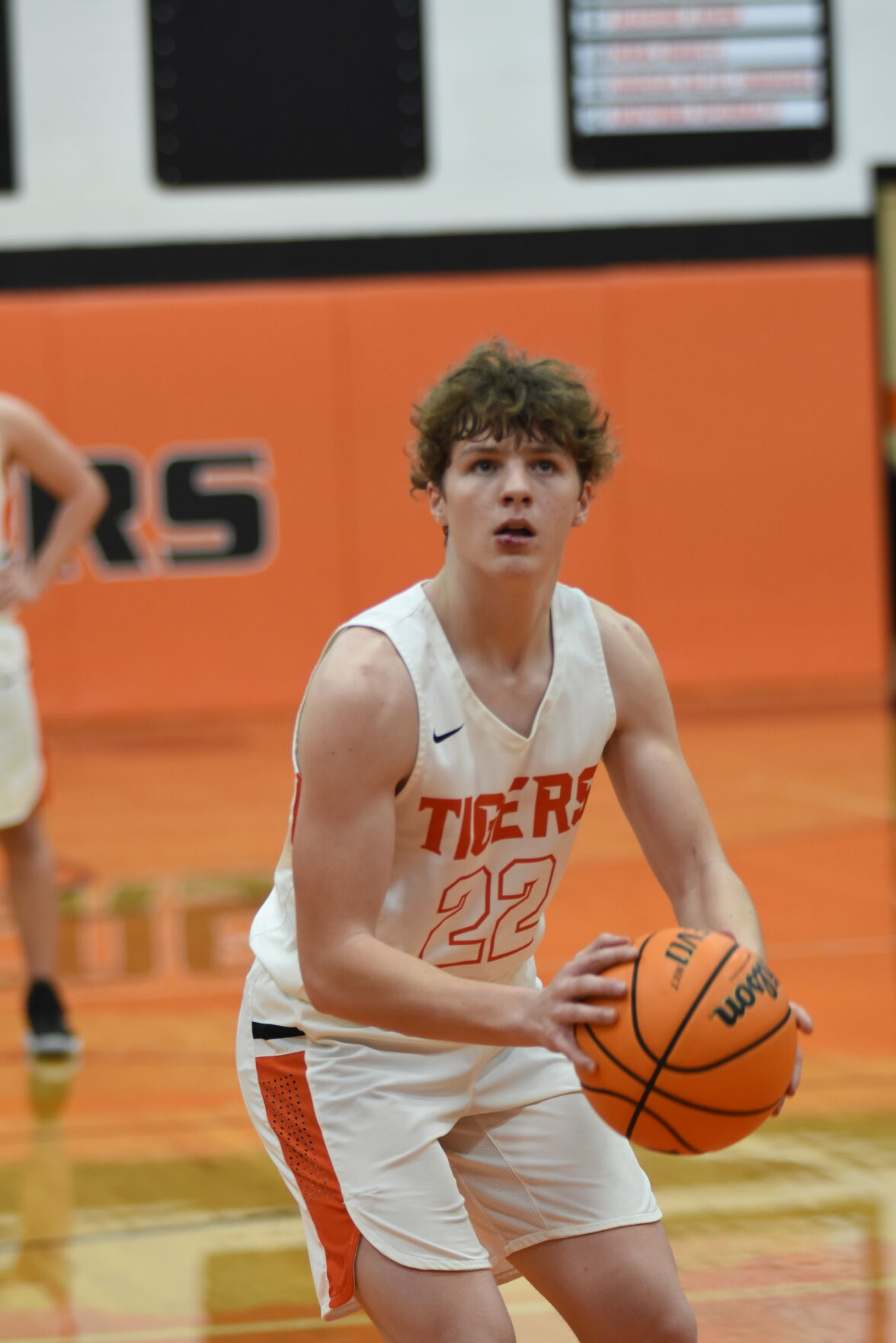 Marley McCall makes a free throw. He had nine points on the night. 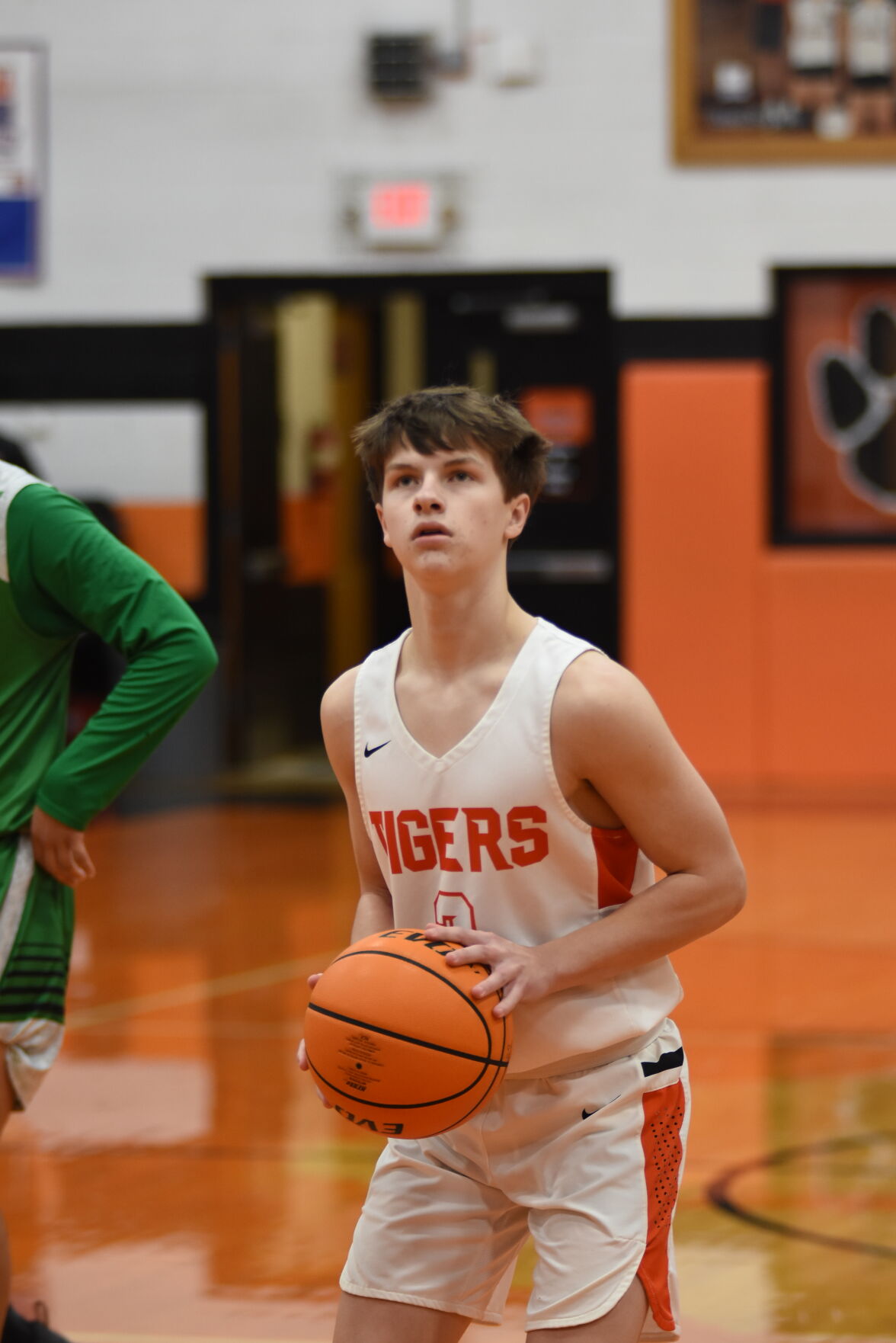 Mason Meece was the Tigers’ top point getter Thursday with 13.

Marley McCall makes a free throw. He had nine points on the night.

Mason Meece was the Tigers’ top point getter Thursday with 13.

Thanks to Marley McCall off a three-point shot and a layup, and a free throw from Mason Meece, Rosman grabbed a healthy 8-2 lead within the first couple of minutes of the game. The Bobcats were hot on their heels, however, coming within two points of tying the game near the end of the period, but a couple of last-minute buckets from the home team helped them to keep their lead, and the first period came to a close with the score at 14-8.

Then, thanks to Carson Lyday off a layup and a free throw, Rosman snagged three extra points to open the second period. This was immediately followed by another three points off a three-point shot from Meece, adding to Rosman’s momentum. Soon enough after a layup from Andrew Stamey, the home team had a 24-11 lead just a couple of minutes into the second period.

Meece shined in this period with a pair of three-point shots near the end of the period, staving off some Bobcat offensive momentum enough for the Tigers to hold onto their lead, 35-22. The third period didn’t pick up in earnest until over a minute in after a Lyday layup, bringing the score to 37-22.

Similar to the girls’ game, both teams went back and forth numerous times on fouls and subsequent free throws, bringing the game almost to a standstill. Once that finally ended, Stamey and Mason Bandhauer both completed a two-point shot each giving the Tigers a 20-point lead, 48-28. The third period buzzer sounded not long after with the same point difference, this time 50-30.

The Bobcats gained some momentum initially in the final period with a pair of completed shots, but Rosman answered for almost every said shot, not allowing the away team to get out of their hole for any real period of time.

Again, the period was marked with multiple fouls and multiple free-throw attempts by both teams, but Rosman still managed to stay on top at the end of it all. The game ended with a final score of 58-39.

Mason Meece ended the night with the most points for his team with 13 and the most amount of three-point shots with three in total. Close behind him in points was Andrew Stamey with 12.

Carson Lyday came in third with 11, followed by Marley McCall with nine, Mason Bandhauer with six, Alex Jenkins with four, and Carson Abram with three.

This win puts the Tigers at two wins and 11 losses in regular play with a one win, three loss record in conference games. Their next game is Tuesday night at home against the Avery County Vikings.